Naslovnica Jezici English Who invests most in Novi Pazar? Arabs, Europeans and Turks 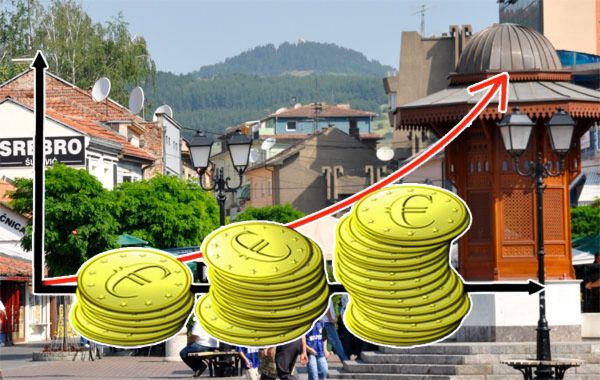 The Government of Kuwait 1 million

The government of Luxembourg 4.5 million

Novi Pazar – Ten days ago Novi Pazar was all bustling with signs of the beginning of realization of a project worth seven million euros. This project being the construction of the Diagnostic Center within the General Hospital and the primary school and kindergarten in the suburb Dojeviće. Most of Novi Pazar considered that it was a historic day for the city, because it has never before received such a valuable investment.

According to the promise that all three buildings will be completed by the end of the year, the funds have been provided by donors from the United Arab Emirates (UAE). Proving that this is a case of importance the cornerstone was personally laid by Serbian Prime Minister Aleksandar Vucic and Ambassador of UAE in Serbia Juma Rashid Al Dahar. Serbian Prime Minister Vucic also announced new investments in the future, as he said, for this region from his Arab friends.

– For six months we have been negotiating with Luigi Kremanini and Arab funds on investments in animal husbandry and livestock production. If we manage to convince investors to direct their capital in this part of Serbia, it would mean the recovery of the whole region. We expect tens of thousands of new heads of cattle, and that means a secure livelihood for thousands of families that would be able to live decently off of breeding cattle.

On the list of biggest foreign investors the Government of Luxembourg has taken a spot, which is in the construction of the filter water treatment plant, an investment of 4.5 million euros. It should be noted that the Government of Kuwait, which is building a booster station to improve water supply, has invested about one million euros. One of the first major investments in Novi Pazar was implemented a few years ago, Turkish International Cooperation and Development Agency (TIKA), which with 1.75 million financed the construction and equipping of primary school “Camil Sijarić”. This agency has also invested a million euros in the construction of school buildings in rural areas. TIKA has provided 24 looms and a first amount of raw materials for Women’s Cooperative “Cilim” (rugs).  Also the reconstruction of the reading room at the National Library “Dositej Obradovic” was reconstructed, as well as a division of greenhouses to farmers, the construction of several bridges, modern ambulances and medical equipment. When it’s word about this donor, two more major projects worth about 5.5 million and both are linked to the general hospital are in waiting. From this health institution it was announced that this summer they will begin a complete renovation and equipping of the Gynecology and Obstetric Department and for this job around 900,000 euros should be invested. Will the  buildings of the surgical block also be renovated is not yet known. Despite the project, the investment is worth 4.5 million euros and is dependent on the resources of the donor.