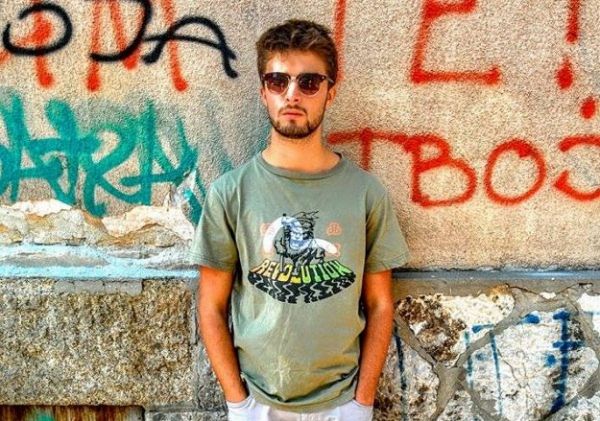 Serbia – When you get lucky enough to have a little extra pocket money left over, most teenagers spend it on clothes, cell phones, going out, and traveling, most, but not 19-year-old Matthias Franklin, a Belgrade resident born in London who invested his pocket money in humanity.

From his student allowance Matthias bought bureks (savory pastry pies) for refugee families staying in a Belgrade park. When his grandmother, who lives in London, heard what her grandson was doing it touched her so deeply that she decided to send money every day so that he could continue his humane action that has been going on for the past ten days.

Before he himself  eats breakfast, Matthias goes to a nearby bakery where, every morning, he purchases 100 pies with cheese. Then, overjoyed,  he divides them among the families from Syria residing in the city, living outdoors on cold nights and sleeping on the ground.
Matthias has already distributed more than a thousand pies and everything was going smoothly until the other day when he walked into a bakery where an unpleasant surprise awaited.

“The bakery I usually visit didn’t have enough pies and soft pretzels  that morning, so I went to another bakery, but upon hearing how big my order was, the baker told me, ‘No, no way’ and asked me to leave,” says Matthias.

“The old saying ‘If there is no bread, eat cake’ inspired me, if there weren’t any pies,  I’d feed the people with cake. I bought a couple trays of the finest cakes, those with chocolate and whipped cream, because I didn’t want to remember that day by a negative incident, I wanted to remember happy children eating cake in the park,” states 19-year-old Matthias, a young man majoring in Psychology at Cambridge.

Now you’re thinking, “it’s easy for him when he has the money,” but the fact is that there are many who have the means to help out in any way possible, but among them there are very few who will share what they have with others.