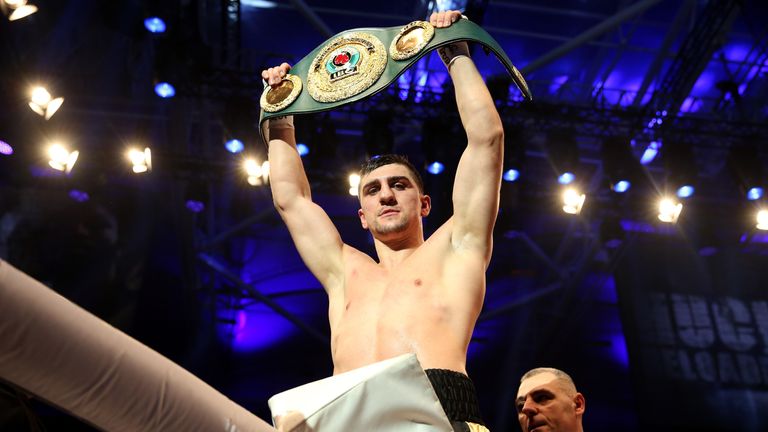 Marco Huck has set his sights on regaining the WBO title after his technical knockout win over Britain's Ola Afolabi gave him the IBO cruiserweight belt.

Huck became a world champion for the second time on Saturday night when Afolabi, 35, retired after failing to come out for the 11th round in Halle, Germany.

Afolabi's left eye was swollen shut by the seventh round as the London-born fighter, now based in Los Angeles, lost the title he only won last November.

Now Huck wants a rematch against Poland's Krzysztof Glowacki, who took his WBO cruiserweight belt off him with an 11th-round knockout in New Jersey last August.

That was Huck's first defeat in six years and after 13 defences.

“I really wanted to fight him straight away, but now more than ever,” said the 31-year-old German, as he chases Glowacki for a rematch.

“We offered him a bag of money, but he didn't want it.”

Huck was happy with his third victory in four bouts against Afolabi and was pleased with his preparations, despite splitting with two coaches since last August.

“The training paid off. I have been very diligent and now you have the result,” he said.

“I'm back again and it's an indescribable feeling. When I have trained well, no one can beat me in the ring.”