The Sjenica Vijesti Facebook page continues to expose crime in Sjenica. In today’s post entitled IZET LATOVIĆ – CONVICTED FOR WHITE SLAVE TRADE, it brought new details from the biography of criminal Izet Latovic in the period when he lived abroad up until after he was expelled from abroad. We are transmitting the publication in its entirety:

“How deep the crime in Sjenica is, the state has only now begun to realize, after the last assassination in Sjenica of the editor of Sjenicke novine, the martyr Edin Hamidovic. Izet Latovic’s relationship with Police Chief Bojan Trmcic and Public Prosecutor Petko Pucarevic has shaken state structures. They will be fired soon. Only now can citizens hope to be replaced by uncorrupted officials, who will work for the interest of the people.

Sjenica was a peaceful city, until criminal Izet Latovic, who had been in prison for over 10 years convicted of the white slave trade, was expelled from Europe as the owner of brothels and poufs in Germany and Spain. He was involved in the illegal trafficking of women, who were voluntarily or against their will introduced into the chain of prostitution on the route Kosovo-Serbia-Italy-Spain-Germany. In Frankfurt he owned a brothel in which he kept up to 100 prostitutes.

In the late 1990s, some women from Sjenica were deceived and forcibly thrown into the chain of prostitution as white slaves. Citizens are still silent about that, out of fear of the criminal group led by Latović, and about which we will probably write more in the future. One case was so bizarre that it is still retold in Sjenica.

After being expelled back to Sjenica, in order to secure the position of chief criminal sheriff in Sjenica as soon as possible, Izet Latovic attempted to kill brothers A. and A. Dacic, one of whom remained permanently immobile. The extent to which the police and judicial authorities are corrupt is also shown by the epilogue of that criminal act, where Latovic was eventually acquitted, because the act was outdated. The police authorities were allegedly so incompetent that he was constantly hiding on the territory of Serbia, Montenegro and with his criminal associates in Kosovo. He was assisted in the process of acquittal by a politician, about whom we will write in the next post.

Izet Latovic, a person who has no moral or humane boundaries. Who is ready to sacrifice her son to commit murder, just to protect himself. The person who killed a man in front of his wife and family. The person who orphaned 7 children. A person who in the past did not hesitate to sell women from his hometown to a chain of prostitution worldwide. Who shoots only where he thinks he won’t be retaliated against. That person wanted to be the chief sheriff in Sjenica – until he broke his teeth on the Justice and Reconciliation Party.

With the fall of the criminal Latovic, he will take many police, court and political officials with whom he cooperated with him into the abyss.

The Facebook page Sjenica Vijesti came out with yet another text in which it reveals the depth of crime in Sjenica. This time, former Serbian Minister, Rasim Ljajic’s connection with the criminal and murderer Izet Latovic was analyzed. We transmit the text in its entirety:

“When Izet Latovic attempted to kill A. Dacic, who remained immobile in a wheelchair, he was threatened with imprisonment. Then he meets with Rasim Ljajic and asked him for help. Ljajic promises to acquit him in court and in return seeks the support of the SDP party, which Latovic promises. Since this process did not go as fast as Latovic wished, there was a short-term cooling of relations in the period from 2014 to 2018.

Under the influence of Asim Aki Hodzic, who was transitioning from the SDA party to the SDP party, Izet Latovic is now reactivating in the SDP. However, since he did not trust Rasim Ljajic, the condition was that the majority of SDP councilors be his, to which Ljajic agreed. At all costs, Ljajic needed votes in Sjenica, where he had lost total control.

Thus, Izet Latovic directly controls the absolute majority of Rasim’s councilors in Sjenica, and without the approval of Izet Latovic, Ljajic’s SDP cannot have any maneuver in Sjenica.

In the 2020 elections, Izet Latović and Asim Aki Hodžić won votes for Rasim Ljajic by threatening people from Sjenica and Pešter.

However, when Izet Latovic ordered the murder of martyr Edin Hamidovic, Rasim Ljajic, under pressure, spoke shyly to Kurir and distanced himself from Izet Latovic in a mild tone, emphasizing that it was a private conflict and had nothing to do with politics. The whole of Sandzak had the opportunity to look at dozens of joint photos of Rasim Ljajic and the infamous criminal, white slave trader and murderer, Izet Latovic. The information going around is that Rasim won’t even take Latovic’s calls anymore.

Izet Latovic is just one of the criminals that Rasim Ljajic used in his dirty effort to rule Sandzak at any cost, and now that he needs them no more, he throws them under the bus.

Izet Latovic is just one of the murderers and serious criminals with whom Rasim Ljajic has many photos of spending time together. 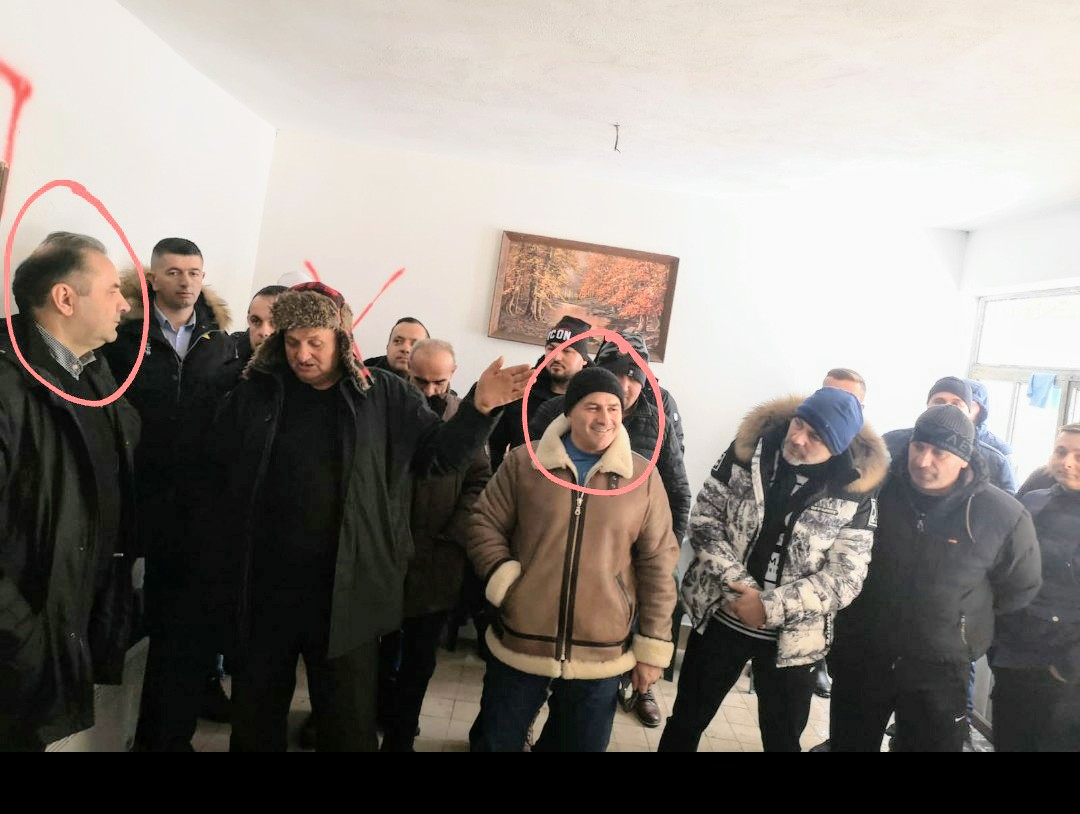