Naslovnica Evropa Velika Britanija Mufti Zukorlic on the case of Charlie Hebdo: “There is no freedom... 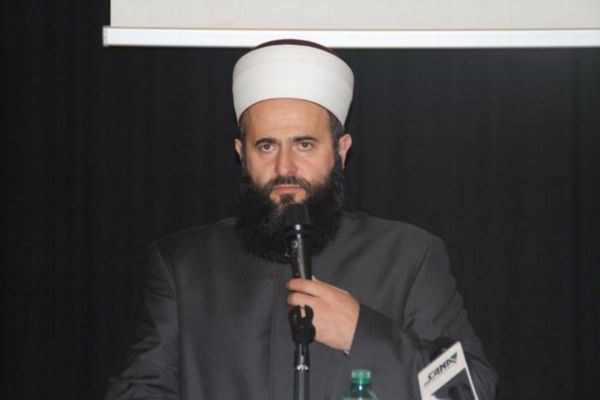 “Imagine that I, God has given me the power of speech, and now I get to mock churches, other religions and other cultures? Imagine what those people would have in store for me? They’d tear me limb from limb! They wouldn’t say that it’s my freedom of speech! Of course, I wouldn’t stoop to this level, not only because I do not wish to, but because my religion forbids it. But having said this, I also do not tolerate anyone insulting the Prophet, sallallaahu ‘alaihi wa sallam! “, said Mufti.

“Know this as well, they will never be able to offend or make fun of the Prophet, p.b.u.h., they can’t even grasp it! They know nothing. And those cartoons they draw, those aren’t caricatures of the Prophet, p.b.u.h! The light, strength, and power of the Prophet, sallallaahu ‘alaihi wa sallam’s, character and endearment, which has been respected by Muslims since after the 14th century, cannot be offended in any way. It’s like when a dog barks at the stars. Should the moon be offended or afraid because a dog is barking at the stars? It’s out of his reach! ”

“They draw the cartoons, but those horrid monsters depicted in them are only reflections of their souls,”  concluded Sandzak Mufti Muamer ef. Zukorlic.