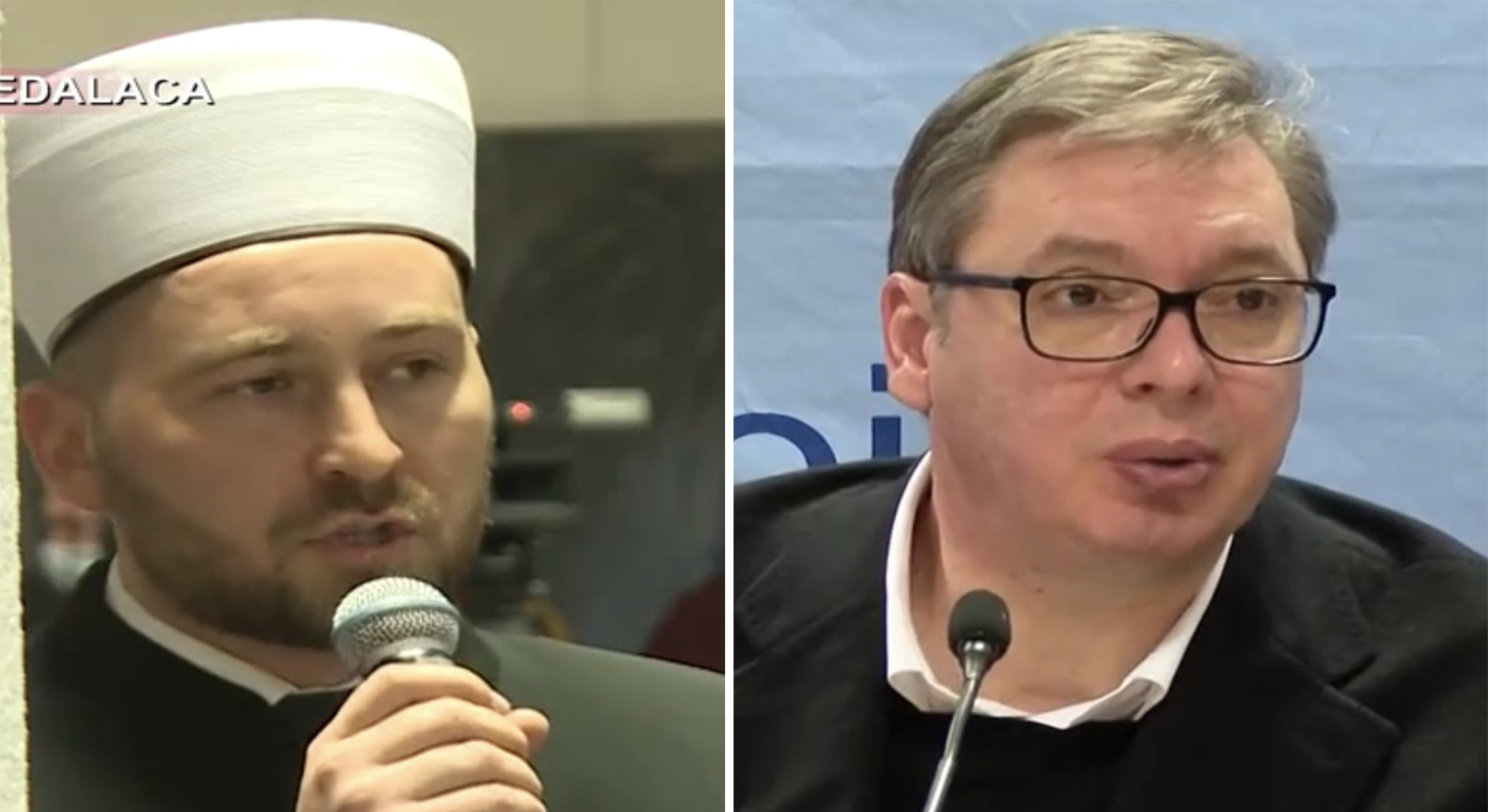 Imam of the Hasan-aga mosque in Priboj Jasmin ef. Eminic began his address at the meeting with the President of Serbia, Aleksandar Vucic, with the words of rah. Mufti Zukorlić “that without justice there is no reconciliation”. Eminic informed the President about the inconveniences that the Muslim population in this Sandzak municipality experience from members of the Border Police.

“The first thing I would like to say is to remember the words of the late academician Mufti Muamer Zukorlic that without justice there is no reconciliation. A precondition for any kind of justice is that justice must be done. I would like to inform you first hand about an incident that took place in the yard of our mosque here in Priboj, where a member of the border police, who was not in uniform, rather in civilian clothes, entered the mosque yard and Syrian refugees who were there. he legitimized those present, took them out of the mosque yard, took them to the house of the building across the street from the mosque and beat them there. You remember when the members of the Croatian Border Police did that, how ugly it was to leave Croatia for the world at that time. I am sure that neither you as the President of Serbia, nor we as citizens, want such a picture of members of the Ministry of the Interior to go out into the world. We only demand that justice be administered and that the one who erred be adequately punished according to the magnitude of his transgression. The same policeman threatened the imams of Priboj a few days ago, which means that he was sanctioned for the first time for such behavior, maybe this second incident would not have happened. I think the important fact is to let you know that I left for America in 2014. After two years, I became an American resident, I got married, my wife is an American citizen, my children are American citizens, but in 2016 we returned to live in Priboj. This is definitely not Priboj where we want to live, because we feel insecure, because the people who should be punished, with their name and surname, without generalizing things, are not adequately sanctioned. Just imagine what it will be like for any Bosniak who will cross the border towards BiH to be legitimized by that policeman who sang such songs, who threatened the Priboj imams. My wife and I were thinking of contacting the American Embassy, ​​but I insisted that it not be raised to that level precisely for the sake of peace and calming all these tensions. If we want reconciliation to happen, justice will have to be done first, but also by your actions, if you want to show that you are sincere in your intentions towards Bosniaks, and that you want good relations between Bosniaks and Serbs – building a mosque in Novi Priboj would be a great accomplishment. This would prove to Bosniaks, but also to everyone else, that you want coexistence between Bosniaks and Serbs living here, “said Jasmin ef. Eminic.