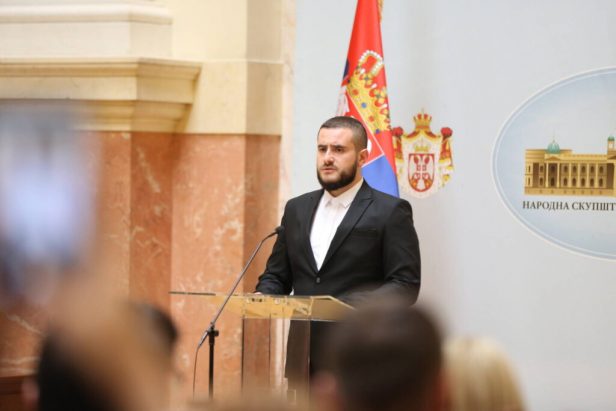 The commemoration of Academician Mufti Muamer Zukorlic in the National Assembly of the Republic of Serbia began with a minute of silence.

Academician Mufti Muamer Zukorlic established a partnership policy with only two leaders, the late Prime Minister Zoran Djindjic and current President Aleksandar Vucic, said his son Usame Zukorlic, who was elected acting president on Sunday. the president of the SPP.

– He was very glad that for the first time a political party from Sandzak signed a coalition agreement with the ruling party in which strategic projects for the development of Sandzak were defined. However, he was passionate about the fact that these projects must be realized with faster intensity because decade after decade is passing in Sandzak and the people are waiting, stated Usame Zukorlic.

– The kind of unity that the Serbian Orthodox Church has the right to, which was endangered by irresponsible policies in 2007. All the people of Sandzak now want to fulfill  Mufti's wish, so you, Mr. President, help us with that. The people of Sandzak loved him, because he did them good. Dear President, you promised him that you would respect Bosniaks and Bosnia and Herzegovina, and you have shown that many times. Then please continue on that path. The Mufti's friends are my friends. His partners are my partners. We continue where the Mufti left off, said Usame Zukorlic.

Recalling the Arab proverb “that this world is not a place where we rest, but a place where we test ourselves”, President Aleksandar Vucic in his address, among other things, stated that it can be said that Zukorlic passed the tests during his life in this world. , and that he must have taken the place he aspired to, the place in paradise, in Jannah.

-Muamer Zukorlic was a man dedicated to spreading not only his faith but above all knowledge, which he considered crucial because knowledge closes the door to hatred and opens it to tolerance, realizing that only the closeness of all people in this area provides long-lasting and much-needed peace. , says President Vucic.

In difficult, complicated times, burdened by wars and casualties, Zukorlic perfectly implemented the old rule which says that a moment of patience in a moment of anger prevents a thousand moments of regret.

“For him, therefore, faith was not something that divides us, but on the contrary, a place of meeting, connection, a place where we can exchange good, understanding and love, not hatred, and that misunderstanding always resulted in evil,” said Vucic.

That is why, he stated, Muamer Zukorlic dedicated most of his life, both when he was mufti and when he became an MP, to what he saw as the basis from which understanding and good can arise – he dedicated himself to schools, universities, knowledge, which he considered key and which closes the door to hatred, and opens the one through which tolerance, togetherness, cooperation enters.

He added that for Zukorlic, as a Bosniak, a Muslim, Serbia was his homeland, a state, but he also experienced BiH to the same extent, convinced that only the closeness of all people in this area ensures long-lasting peace.

“That's why when I talked to him, I always understood well that he supported every idea of ​​connecting, building roads, and the rapprochement that would enable us to see each other as neighbors, friends, and not as tribes divided by trenches,” Vucic proclaimed.

He believed that, he said, we have tasks in this world, the fulfillment of which makes him more beautiful. He devoted himself to these tasks to the end with incredible energy, which he drew from faith.

-After him, we certainly have a void, but also a great lesson because he was among us to teach us. And the lesson is that our body is transient, but what we do can be eternal “, said Vucic.

Vuici told the family that they will not have easy days, months and years, but also that we all have a big gap.

Thank you very much, family. I don’t know how much you all knew and heard from him about our relationship. We saw each other not infrequently. “We used to have heated discussions, sometimes fruitful talks, but we always continued them again and again, with one wish to do good to both Bosniaks and Serbs,” the President of Serbia pointed out.

The President of the National Assembly points out that he expected them to work together for many more years and do much more, although much has been done so far.

– Muamer Zukorlic was a proud member of the Bosniak community. He did a lot for Bosniaks, whom he unreservedly loved and protected when needed. He invested equal will and love in building the fraternal life of Bosniaks and Serbs and all other peoples in our country. What he was doing was politics, but politics that, unfortunately, we all forgot a bit, as a job for the benefit of our citizens and for the benefit of the community to which we belong, says Dacic.

He left, he says, a big gap, but also a deep trace that will be remembered.

– He was also the president of many groups for friendship with other countries and participated in international cooperation and parliamentary diplomacy. I was visiting Morocco with him. I deliberately left room for him to always address. He did it in perfect Arabic as a former mufti and vice-president of the National Assembly and spoke about Serbia in the most beautiful way possible, Dacic recalled. 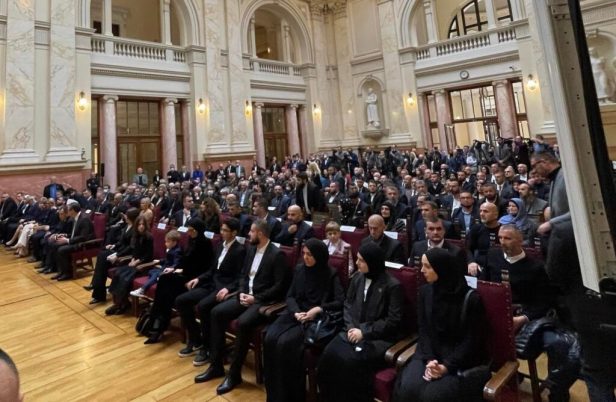 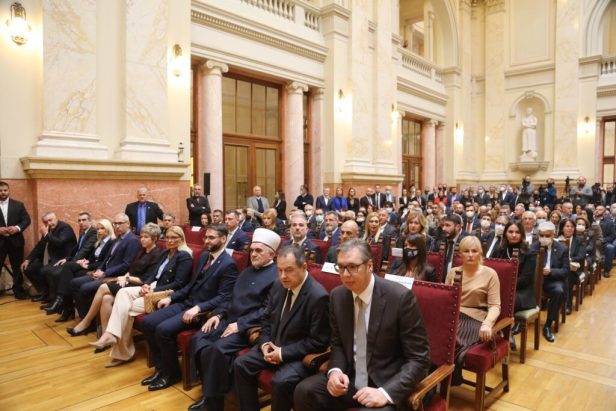 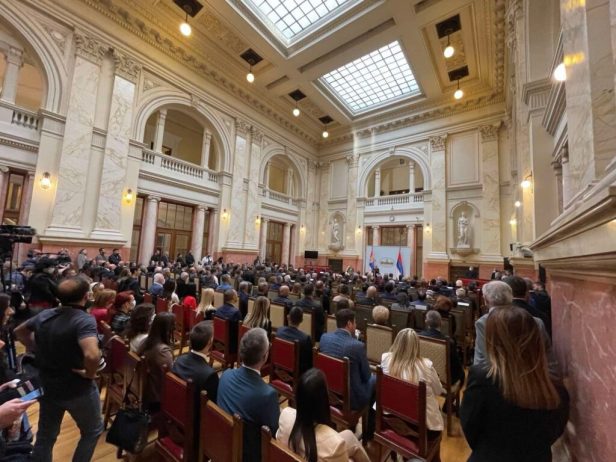