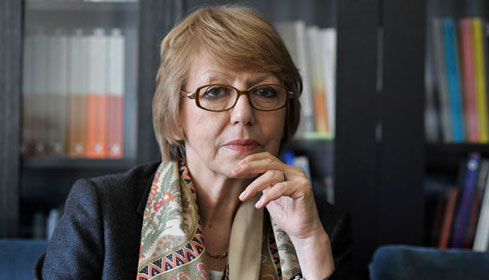 In an interview with Radiosarajevo.ba, the founder and president of the Helsinki Committee for Human Rights in Serbia, Sonja Biserko, commented on the efforts of the film's director for “Dara from Jasenovac”, Predrag Antonijevic, to deny or minimize the story of war crimes and genocide in Bosnia and Herzegovina.

“Serbia is working against itself,” she said.

Namely,, Predrag Antonijević, the director of the film Dara from Jasenovac, was a guest on the show “Good Morning Serbia” on Happy Television with Milomir Marić yesterday. At one point, the two of them started talking about the Prijedor camps, which they ridiculed, saying that they were “open-type institutions” ?!

“That film is an instrument, in the function of showing Serbs as exclusive victims.” To deny everything that happened in the 1990s and in a way to justify what happened then. It is an abused story that is tragic in itself, of course. But, the way in which it is placed today, and mobilized by young people, who know nothing about it, is tragic for Serbia and the region,” Biserko told Radiosarajevo.ba.
According to Biserko, this is, in essence, a reaction to the film “Quo vadis, Aida?” directed by Jasmila Žbanić (the film is in serious competition for the prestigious Oscar award), because Srebrenica in the world today, as Biserko says, is still a symbol of what has happened again despite all the mantras: “Never again”!