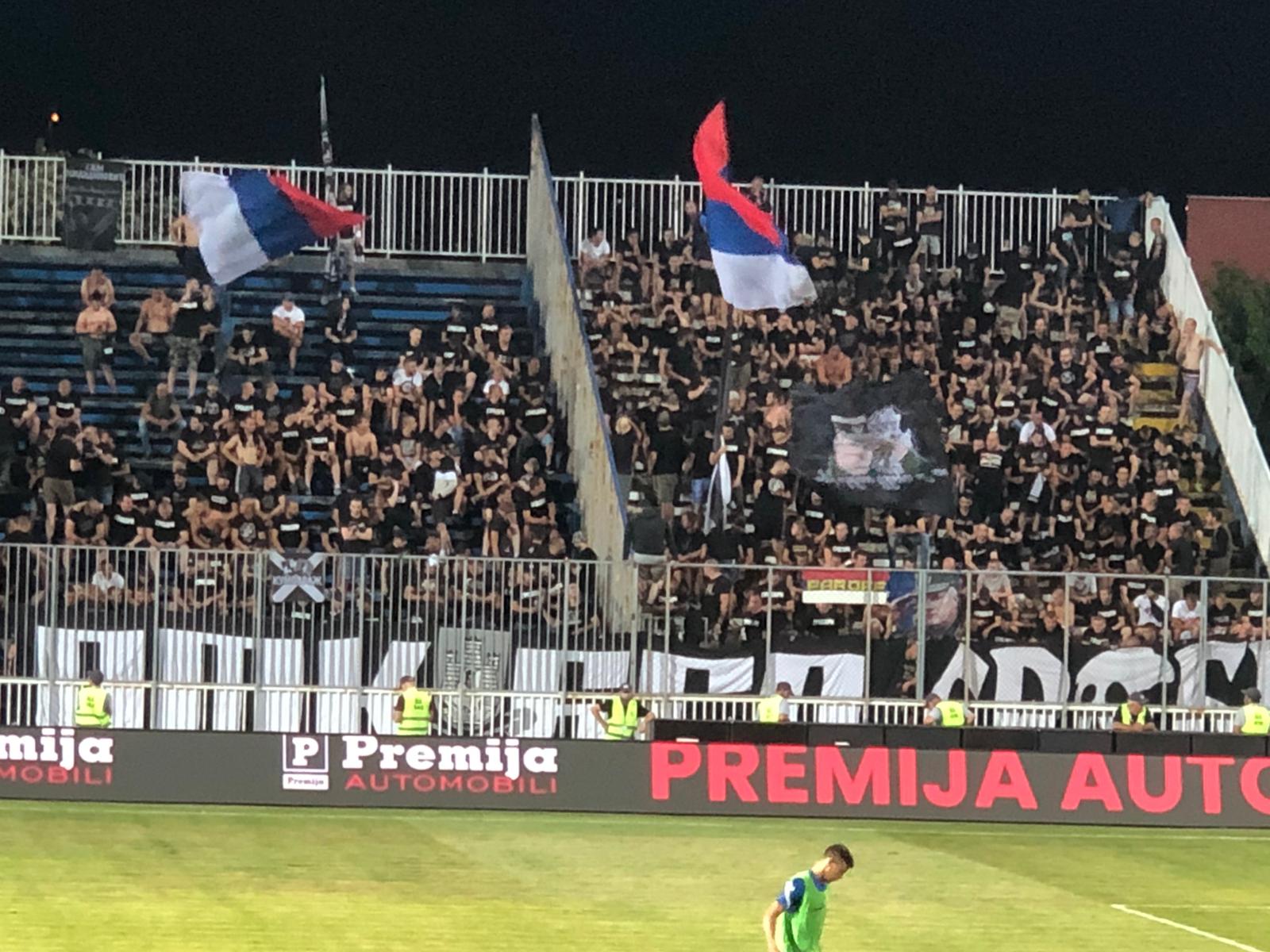 Novi Pazar and Partizan were playing in the 4th round of the Super League from 9 pm. The match was interrupted twice for a little less than two minutes due to an incident in the stands, but the third interruption, which started after the black and whites’ lead of 0: 3 in the 61st minute, lasted as long as 35 minutes.

The incidents began after Partizan fans, about 300 of them, started shouting ” Knife Wire Srebrenica” and chanting the name of war criminal Ratko Mladic. Fans of the Novi Pazar “blues” reacted furiously, whistling and shouting, throwing plastic bottles, chairs and various objects onto the field.

The football players of Novi Pazar, namely, did not want to continue the match until the part of the tribune where the visiting fans were, whose inappropriate chanting caused incidents on the other side of the audience, just behind the black-and-white bench, was emptied.

The main referee tried to convince the hosts to go out on the field, unsuccessfully after 35 minutes and only when all the players of the match, led by the referees, left the field, the tribune where the Partizan fans were ordered was emptied, so the match continued.

Most of the spectators, chanting “Management out”, expressed their disagreement with the management of FC Novi Pazar. During the match, the audience chanted “Vucic, faggot” several times.

During the day, a large number of members of the Gendarmerie arrived in Novi Pazar and were deployed around the stadium and along the central city streets.