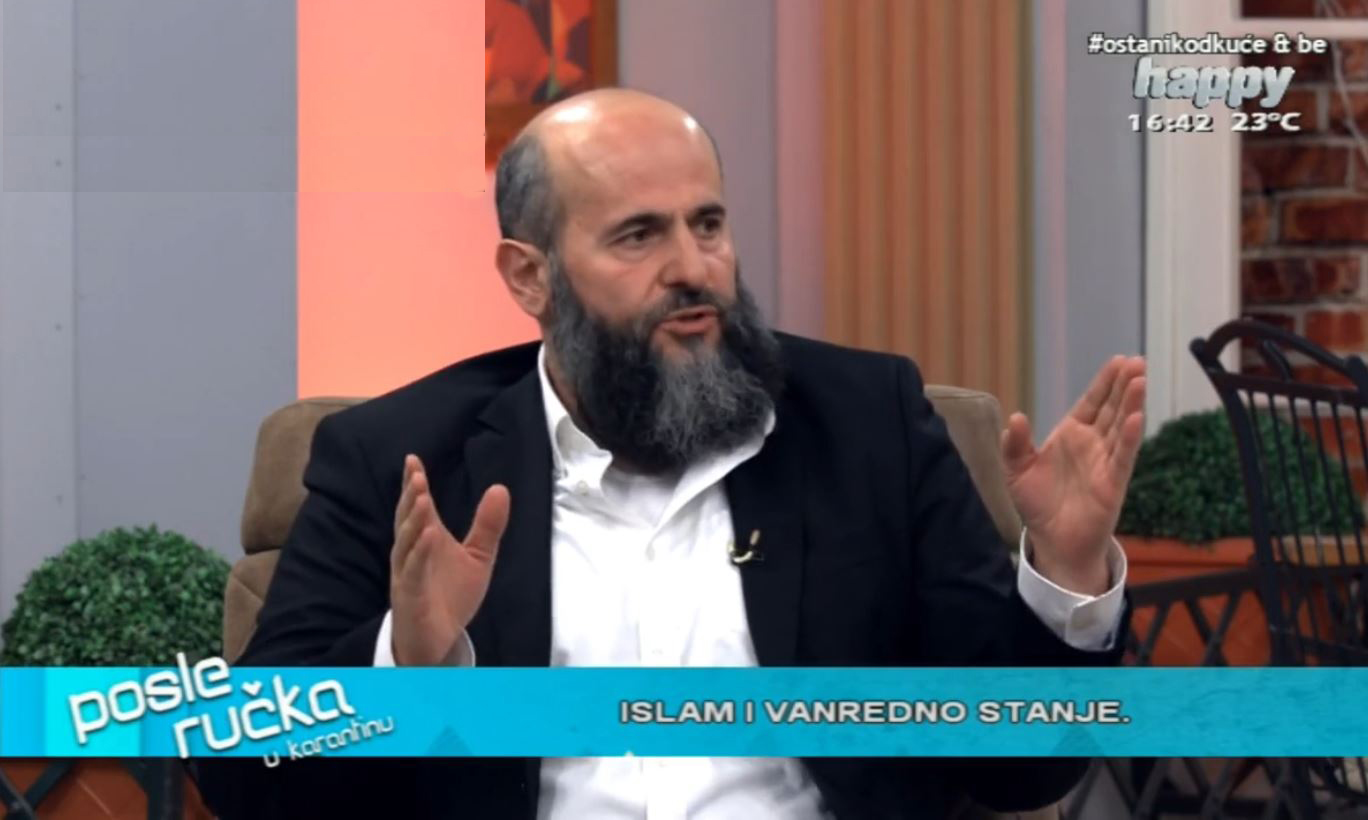 Justice and Reconciliation Party President Academician Muamer Zukorlic was a guest on Happy After TV on Happy Television about the state of emergency and the current situation with Coronavirus. Academician Zukorlic once again pointed to the problem of  the stigmatization of Novi Pazar and its citizens, who were reportedly shown to be the most undisciplined in the country through a two-day chase.

– We had reports that  Novi Pazar citizens were violating the norms and going out massively during curfews, which was not true. There were exceptional cases that certainly need to be prosecuted. In Novi Pazar, everything that was happening in all major towns was happening here, yet only Pazar stood out as a target through the media.

Commenting on the March 20th footage “Novi Pazar during a state of emergency” which shows streets full of citizens, academician Zukorlic said that the footage should be compared with the situation at the same time in Belgrade, Subotica, and Novi Sad.

– Any separation is a stigma. We have not comparatively seen how the situation was at the same time in other places. I am not for someone to stand out and say “THESE PEOPLE ESPECIALLY DON’T RESPECT” because that isn’t true. This was booting the system. This was the first time that we were facing something of this nature and it was necessary for it to be brought to the citizens’ awareness.

Academician Zukorlic also spoke about the demands he made earlier concerning the conditions for Muslims housed in a temporary hospital at the Belgrade Fair (separation of men and women, halal food and a place for salah (prayer)), as well as the request for the urgent establishment of a Covid Center in Novi Pazar which will house patients from Sandzak.

– My idea was primarily to equip the premises in Novi Pazar, that was Option A. That is why we mentioned it and I’m glad that the state authorities immediately recognized this and that they accepted our request and started equipping the Medical School for these purposes. With this we achieved a double effect, first we will unburden the Fair and secondly we will more easily meet the needs of Muslims.

Academician Zukorlic said that the situation with coronavirus, came to express what he had previously pointed out, which is the uneven geographical distribution of clinical centers.

– We have four clinical centers in one quarter of the country. We have all of western Serbia, all of southern Serbia without a clinical center. That is why I insist on it, and this is now an opportunity to hit the foundations of the clinical center with these temporary hospitals and additional investments in Novi Pazar, which will then cover all that space. I refer to the clinical center as a citizen’s right, as a real necessity because of its geographical distance and significant population.

Academician Zukorlic sees the donation of 13 respirators as a sign the country has the capacity to undertake such a project.

Asked if the Christian population in Novi Pazar, when they go to the hospital, will have the right to seek food after their period of fasting or after the Easter period, academician Zukorlic said that Christians are entitled to it, and that he strives for the right to be equal regardless of religious affiliation.

– My view is that right implies right for all. And that is what I will fight for, both for Muslims and for Orthodox.

Watch the entire program below: