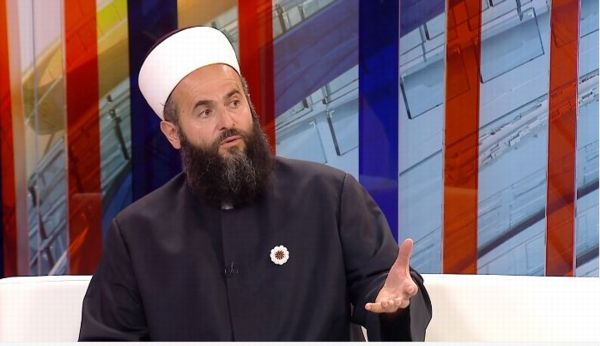 Sandzak – Sandzak Mufti Muamer ef. Zukorlic appeared on the N1 television morning show “A New Day” on August 26, 2015. Commenting on a variety of topics, Mufti spoke about the position of Bosniaks in Serbia, the Bosnian language and its negation, but also about the problems of Muslims in the world.

Mufti said that Bosniaks are left unprotected in the Balkans, because they have no motherland to protect them.

“All nations have their own country, which protects them. Bosniaks don’t. They have Bosnia who is in a wheelchair. So now Bosniaks with all their experience and genocides they have lived through and survived are more sensitive and the country should seriously deal with this issue. “

Commenting on the current situation in Sandzak, Mufti said that the current government has frozen state problems. A little better than the previous governments because there is no direct impact, but it has inherited problems that must be addressed.

“Breaking the Islamic community has led to a lack of vertical responsibility in the Islamic community. Then along with Kostunica they tried forming a Serbian Islamic Community. Belgrade will not give up that concept, although the government claims it is interested in solving problems. I cannot come to terms with the fact that we have frozen problems. They need to be addressed if the state wants stability. “

Mufti pointed out that all the problems in Sandzak, including the problem of splitting the Islamic Community, stem from politics. Speaking of the media blackout in Sandzak, for which the media has blamed Mufti himself, and the recent auction of the Regional Television, he stated:

Speaking about the Middle East, Mufti said that the violence there has claimed many victims and cannot be peacefully observed. What has led to the formation of various organizations is frustration and manipulation. This is fertile ground for exercising recruitment in the name of Islam.

“When you don’t let the moderate Muslims to practice their faith, then you give space for extremists to do so. We have felt this on our own skin in Sandzak. We must not only deal with the consequences, we have to go straight to the cause. The question is how and why this is being allowed to happened.

Everyone views Islam through ISIS and everything done by another Muslim is laced to the faith. When the concept of Islamic State appeared is was a signal that this was a dirty campaign in thereby smearing Islam. But the problem is that the actions of individuals are being sewn in with faith”, concluded Mufti Zukorlic.