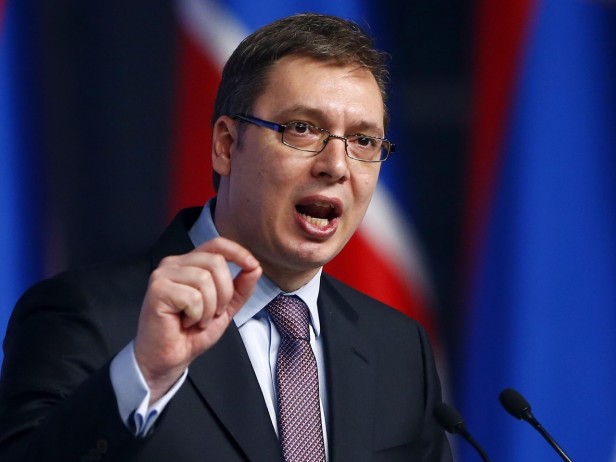 Serbia – Prime Minister Aleksandar Vucic stated on account of the terrorist attacks in Paris, that the first task at hand should be to stop the hate.

In an article for “Hello,” Vucic wrote, “that anyone who attempts to use the Paris tragedy to spread hatred about Muslims and Islam is on the same bloody path as those who shot innocent people in the Paris Cambodian restaurant, and the concert hall Bataklan “.

“No division amongst us, for better or worse, is  acceptable. An Arab has no advantage over a non-Arab nor does a  non-Arab have any advantage over an Arab! The white man is not better than the black man nor is the black man any better than the white man. The only thing that is important is godliness and personal quality. Color and belief play no role. All human beings are descendants of Adam and Adam was, indeed, the ancestor of all of them,” wrote Vucic, quoting the words of the Prophet Muhammed, p.b.u.h.

These are the words of the Prophet Muhammed, spoken long before August 26th 1789 and the Declaration of the Rights of Man and of the Citizen, which declares, essentially, the same – that “men are born and live free and equal in rights” – wrote Vucic.

The Prime Minister said that “stopping the hate is a priority to all of us, after Paris, and Beirut”.

– At the same time, the world must find a way to deal with terrorism and to ensure a normal and secure life for all people. Those in Paris and those in Syria – concluded Serbia’s Prime Minister Vucic.