Naslovnica Preko okeana Amerika Vucic: Do not harass citizens of the Islamic faith in Serbia, I... 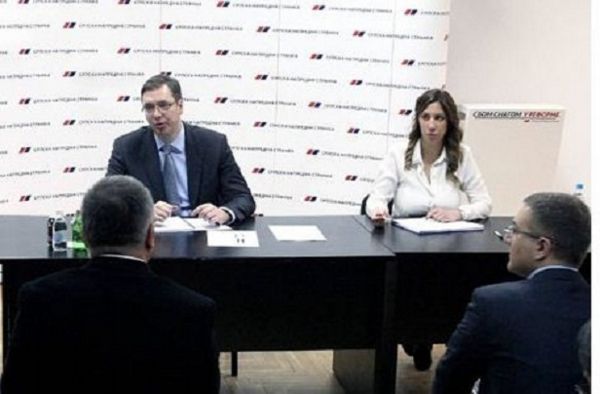 Vucic, whilst responding to questions from journalists at a press conference after the meeting of the Presidium of SNS said that Serbia wants full political stability in the country where there are more than half a million Muslims who, as he said, all of us here respect.

“We advise all hotheaded citizens not to make any conclusions and actions against the citizens of the Islamic faith in Serbia,” said the prime minister and announced that after a visit to Kosovo he plans  to visit Novi Pazar, Tutin and Sjenica.

“I want to talk with Bosniak Muslim leaders. I want to see how we can overcome the severe economic crisis and restore the stability of the country and I am confident that with their support together we will preserve that stability, “said Vucic.

When answering the question of whether Serbia is threatened by Islamic terrorism, Vucic said that the security services in Serbia know all about the people who fought in Syria and Ukraine. All of them, he said, were “under control, although many of them are dangerous.”

“But they are under the watchful eye of the authorities of the republic and the security services of Serbia,” the prime minister said.