Naslovnica Evropa Velika Britanija Verdict in Rozaje – 800€ fine or prison time for anyone who... 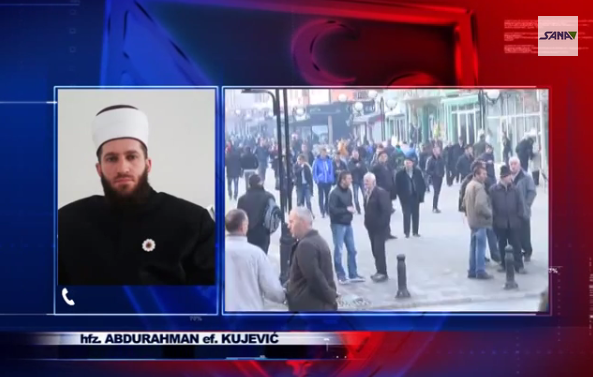 Rožaje – “Hafiz is the pride of Sandžak and Rožaje “, a sentence which brought three worshipers to “justice”, but who is the one bringing justice and who has a problem with this sentence ?! They are being tried as violent criminals! No wonder, because the Islamic Community of Montenegro is closely linked with the state government. No one can be opposed to the decisions made by Djukanovic and Fejzić! Today, in their absence a verdict was found, Arben Jakupi was fined 800EUR, Kemal Murić sentenced to two months in prison and one year probation, while Enes Falla was cleared of all charges.

Kemal Muric, considers it a shameful decision of the court that an imam is sentenced to two months in prison or a year probation, he says “By the judgment made it is clear that the state gives its support to its pawns,” as Murić referred to them as, adding that “a clear objective is that this act would scare and intimidate the people of Rozaje”.

Jakupi was neither in agreement with the sentencing. Jakupi is decisive, and courageously stands behind his words, saying “I am proud to be convicted of saying a sentence such as this.” Jakupi is planning to file a complaint, because he believes that he is morally not to blame and that Montenegro must realize that they should talk equally with Muslims.

Falja, appalled by the decision of the court, says if it is proven that he is innocent then that means the other two are innocent as well. “This case is yet another confirmation of the condition of the Islamic Community of Montenegro and who stands at the forefront of our Jamaat ”, said Falja.

This is proof there are no arguments or evidence to make such a decision based off of, said Hafiz Kujević. “The management of the IC in RO and Montenegro, they are remnants of communism, a communist form of management, these are their last efforts in hopes of it remaining that way . They need to know that people aren’t illiterate like in the old days, they aren’t ignorant and that they understand, “says Hafiz Kujević pointing out that” everything that has happened will only further strengthen the people in our institutions “.

As a reminder, the Public Prosecutor has requested the day before that Arben Jakupi be fined with 800 euros, and the other two a suspended sentence of one year or two months in prison.