Novi Pazar – The rain fall that almost lasted until midnight, didn’t prevent thousands of Muslims in Novi Pazar, on the occasion of Laylat al-Qadr (Night of Destiny), from attending a joint nightly prayer in the city center led by Huffaz from the School of the Holy Qur’an.

With this now traditional event, which revived the religious tradition of performing prayers in musalli, open space, in addition to prayer the message of peace was addressed, and in particular the need for order and unity of Muslims and the Sandzak Bosniaks in all fields.

Sandzak Mufti Muamer ef. Zukorlic in an address to the Muslim believers, recalled the importance of the night of Laylat al-Qadr when the publication of the Qur’an began and concluded that, “there neither was nor will there ever be a more important event in human history than the night of Laylat al-Qadr.” The Night of Destiny is better and more valuable than 1,000 months. We know that Allah has hidden this night in the last ten days of Ramadan. It was in this night that the Word of God was bestowed upon us, that which keeps us strong and upright. Mufti Zukorlić says that our soul cannot stay healthy and clean if it isn’t spiritually fed every day. He expressed hope that we will continue to remain the ummah of nightly prayer, because then there will be no obstacle we cannot overcome. “To become an ummah of nightly prayer we must become an ummah of Fajr. When our mosques are full during Fajr as they are during Friday prayer know there is not one internal or external enemy that can harm us, “concluded Mufti Muamer ef. Zukorlic.

“Almighty Lord, You love forgiveness, so forgive us.” These are the words with which Meshihat President Mevlud ef. Dudic began his address. Mufti Dudic stated that with this magnificent gathering tonight we have confirmed our faith in Allah “We are here tonight to pray for Allah’s guidance, to pray to be spared from Jahannam and gifted with Jannah. We are here tonight to remember the year 610, the cave of Hira and the first verses of the Holy Qur’an. I advise myself as well as you all to adorn ourselves with what is most valuable and that is the Qur’an and Sunnah of our Prophet Muhammad, “said Mufti Dudic.

Novi Pazar is not the only city where the Meshihat in Serbia organized nightly prayers in the open. This year is the first time Tutin also held nightly prayers which large number of believers attended. 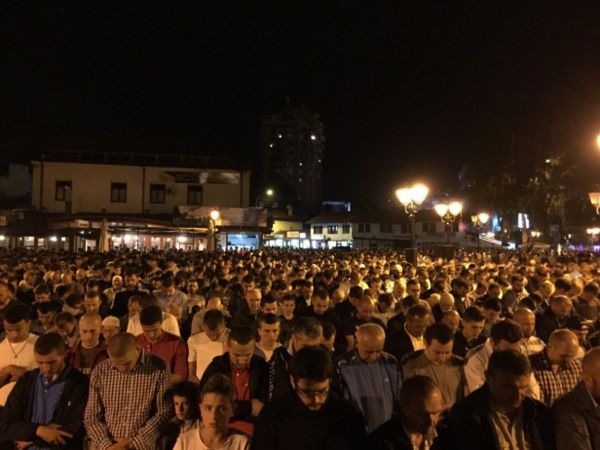 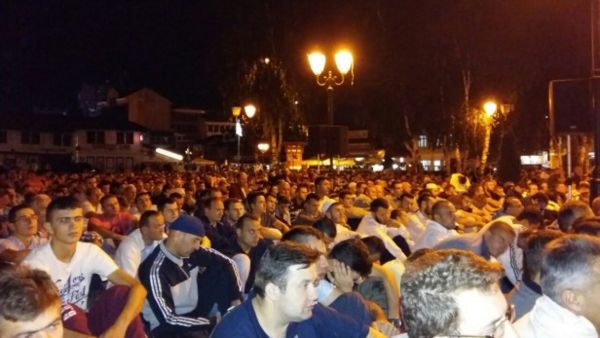 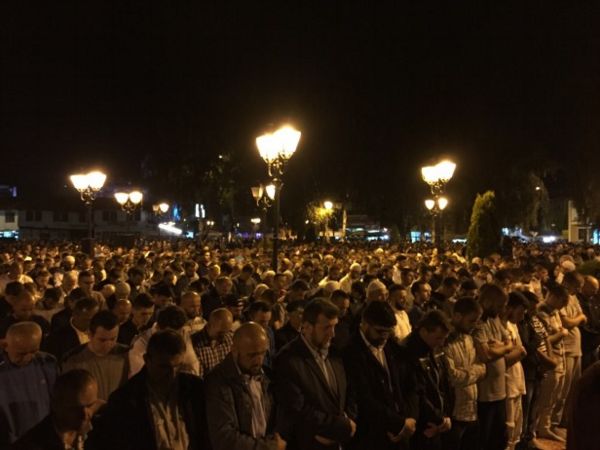 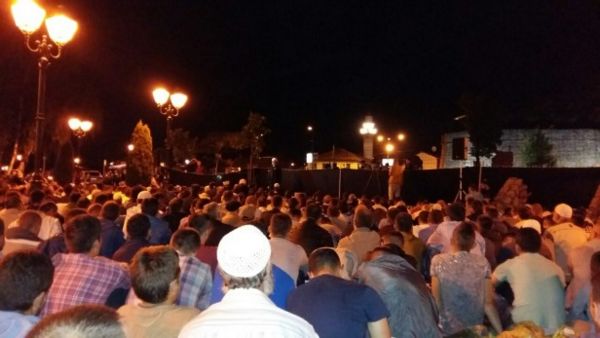 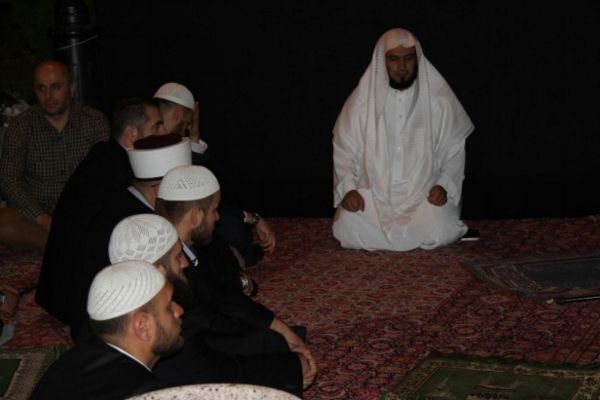 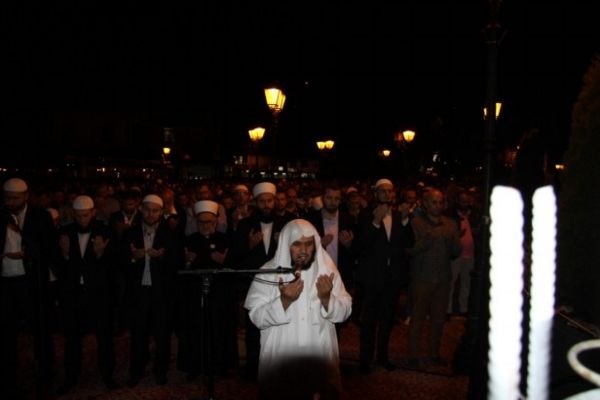 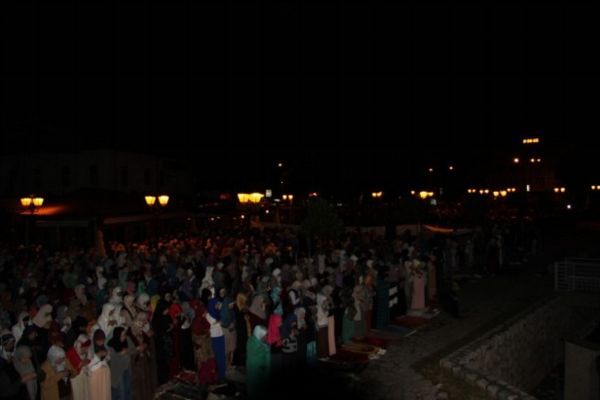 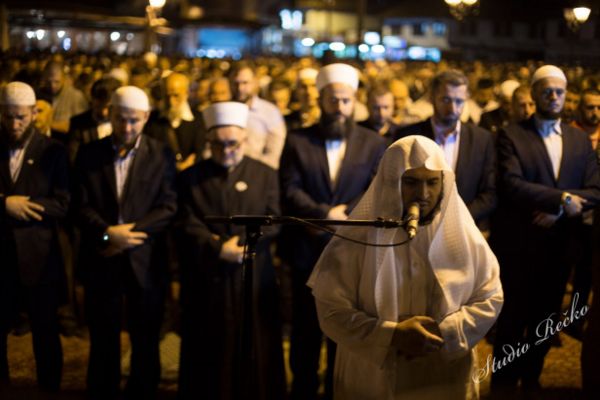 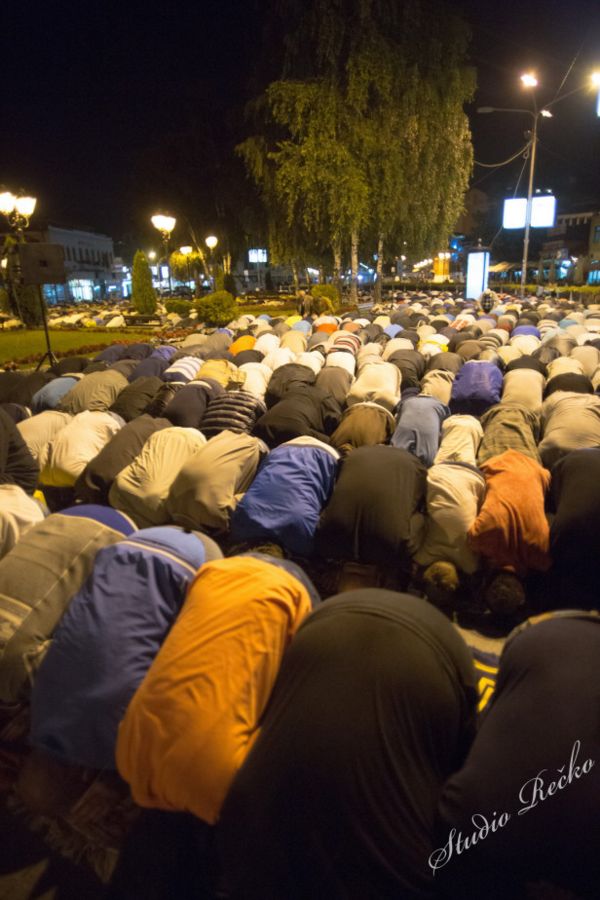 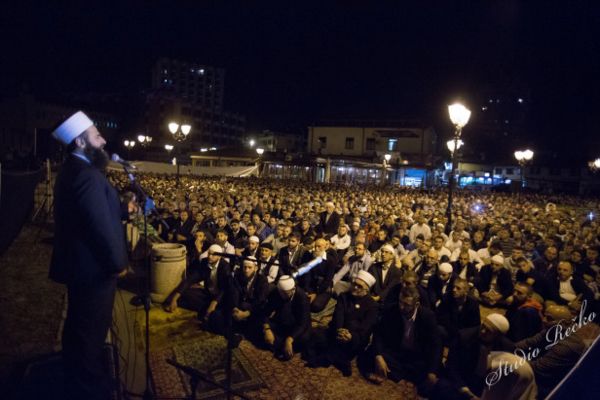 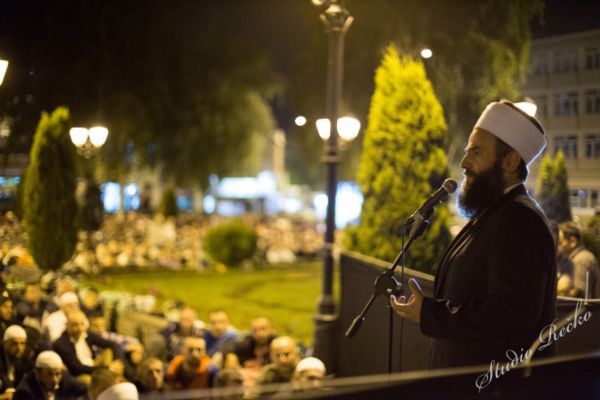 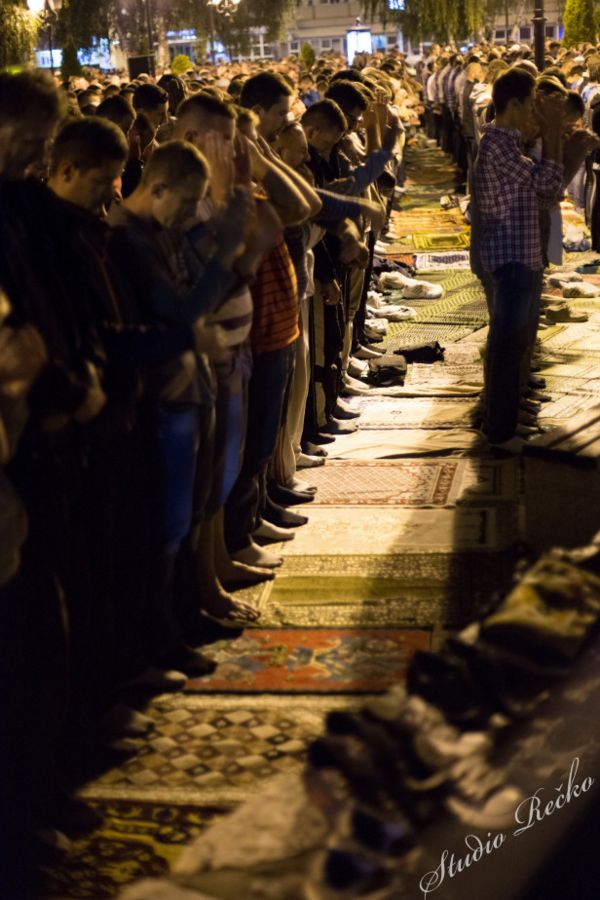