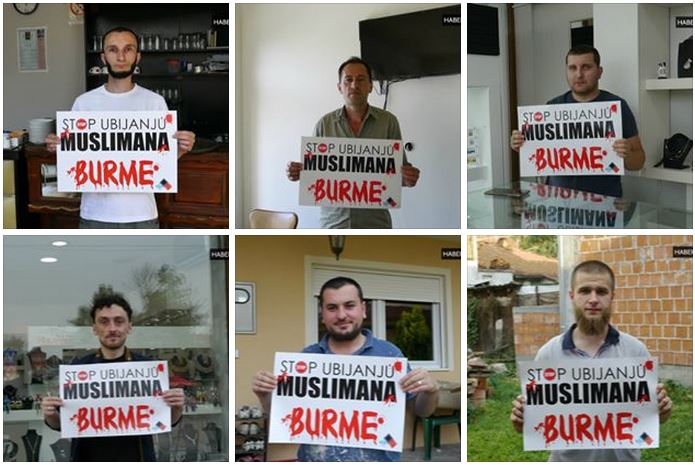 Sandzak – the West Country of Myanmar (a country that until 1989 was called Burma) Buddhist, for months on end, have been carrying out terror upon the Rohingya Muslims. It is feared that thousands of people were killed.

The exact number of casualties is still under speculation, the only team that managed to enter the place of unfortunate events, is the humanitarian team of the United Nations (UN), and they reported that the number of victims is far greater than the state government declared.

Muslim Rohingya ethnic group has been deprived of a number of basic human rights.

Despite the fact that they have lived in this region for several generations, they are prohibited from owning land and are therefore often faced with chronic food shortages.

That is why the Islamic Community of Bosnia and Herzegovina organized a collection of funds in order to facilitate Myanmar Muslims during Ramadan.

For this occasion, all over the Sandzak after the Friday prayer, prayer mats were placed on which people could donate money.

Team Haber organized a live performances through which Sandzak symbolically sent the message that we are in solidarity with the Muslims of Burma / Myanmar.