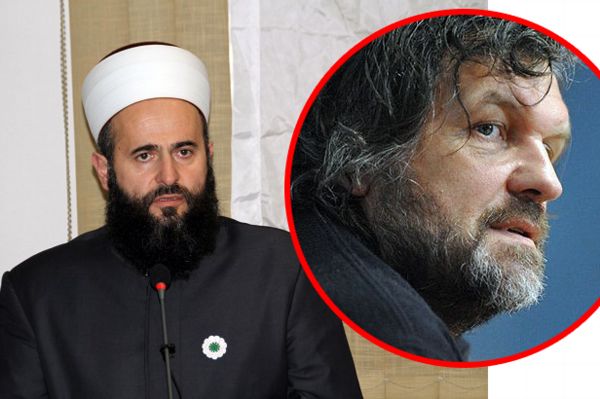 Austria – In Austria an event was held, the occasion being the first registration of the Bosnian Center. On this occasion Sandzak Mufti, Muamer ef. Zukorlić addressed the audience with a speech. He pointed out the potential and importance Bosniaks had throughout history.

“Bosniaks throughout history occupied very prominent positions, because we as a nation are very smart. Wherever they would be in need of smart people, it was ‘Let’s go to the Bosniaks’, I don’t say this because I am a Bosniak but because these are the facts”, says Mufti Zukorlić.

“Let’s take for example Mesa Selimovic. The Serbian people wouldn’t return Mesa Selimovic for any amount of money, even is Mesa is short for Mehmed and Mehmed stems off the name Muhammed. And now Serbs officially write about Mesa as a Serbian writer. Imagine someone with the name Mehmed Mesa Selimović a Serbian writer. Therefore, Mesa is an indisputable genius who Serbs have adopted, regardless of the opinion we have about him. And the reason for this is that Serbian culture cannot do without Mesa Selimovic, if he were removed a would hole remain.

If you look at the public scene in Belgrade, you’ll notice a large number of successful Bosniaks in leadership positions who, unfortunately, are working for the interests of the Serbian people.

Rasim Ljajic, is the number one name in Belgrade for politics, because Rasim Ljajic is the only one who held his position in the political arena for 15 consecutive years, all the rest have been for shorter periods of time. Belgrade is full of Bosniak brains that are, unfortunately, used for the purposes of the Serbian people.

Who is currently dominating in theology in Belgrade, who else other than Muhammed Jusufspahić. He’s louder than all the hierarchs and bishops and he promotes the Orthodox religion better than all of them put together. And it’s very cleverly done, watch how he talks about Islam in the Orthodox language. Instead of Allah he says the Lord God, he has translated everything. If you go to the Bajrakli mosque for Friday prayer, he talks in a church-like mannar. And in this way he promotes Orthodoxy better than any bishop. The number one name in journalism is Ivana Smajlovic editor of Politics, I have been informed that she’s from Banja Luka and that her mother and father are Muslim. This really speaks about our potential. In Africa, diamonds are extracted, but are processed in London. This was the condition in which Bosniak resources were treated as well.

Do not take the negative side of these examples I have given, but take the lessons, which is the intention of my speech. This is proof of how much potential genialness we have- concludes Zukorlic.