Naslovnica Jezici English BNC opposition – Ugljanin has no rulebook on work and capital... 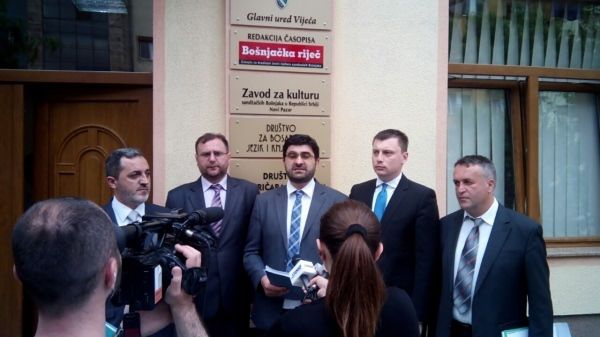 Sandzak – The City Council session was scheduled on an expedited basis.  The Statute and Regulations for the council altered. The councilors from the party “For Bosniaks, Sandzak and Mufti”  at first weren’t invited to the session only to then, upon receiving information about the session from the media and reacting sharply to this intolerable act, receive an invitation.

In the words of representative of the “For Bosniaks, Sandzak and Mufti” party Dr. Jahja Fehratović , it is clear why they were not invited to begin with because the ruling majority of BNC already voted on the council bodies and Executive Board.

“Primitivism, brutal violation of the constitution and the laws, rules, disdaining councilors, not giving right of speech, are violations of all the regulations prescribed by the Ministry for Human and Minority Rights, this is what has characterized today’s session. Unfortunately, the politics of the nineties represented by Ugljanin still lives in BNC,” said Tandir, adding that we must fight so the BNC (Bosniak National Council) budget begins to serve Bosniaks, not Ugljanin’s party.

On the other hand Ugljanin claims that the funds allocated for the BNC have not been spent.

“The funds are waiting for everyone to involve themselves in the work of the Council”, said Ugljanin.

This meeting was not open to the media, all decisions which were made in the name of the Bosniak people happened behind closed doors.